11 Social Media Facts that Can Knock You Out Right Now 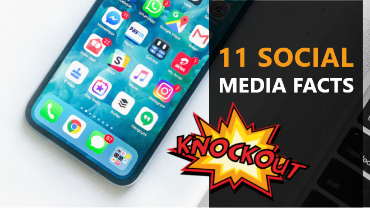 How about we get right to the first few punches?

Your definition of “Social Media” is skewed. Is that a no?

Social media has its roots in 550 B.C with the first hand-delivered letters while social networks did not see the light of day until around mid-1970s. Developed by The Plato System at the University of Illinois, Notes was perhaps the first message-forum app.

Talkomatic and TERM-talk, both of which made up the rest if The Plato System, were perhaps the first instant messaging application and online chat room respectively.

Maybe we ought to call social media social networks to wipe out the confusion. But we digress…

Snapping back from that #throwback, here are more social media fun facts that could make you want to rethink how it would have been of cats and pooches if YouTube didn’t exist. And then some.

This is going to be fun.

Despite recent data privacy scuffles at Facebook, the company is currently the largest social media company ever with over 2.167 billion users—just a matter of time before it’s a virtual home to more people than the population of China and India combined. Keep in mind that Facebook owns Instagram (800 million users) and WhatsApp (1.5 billion users). 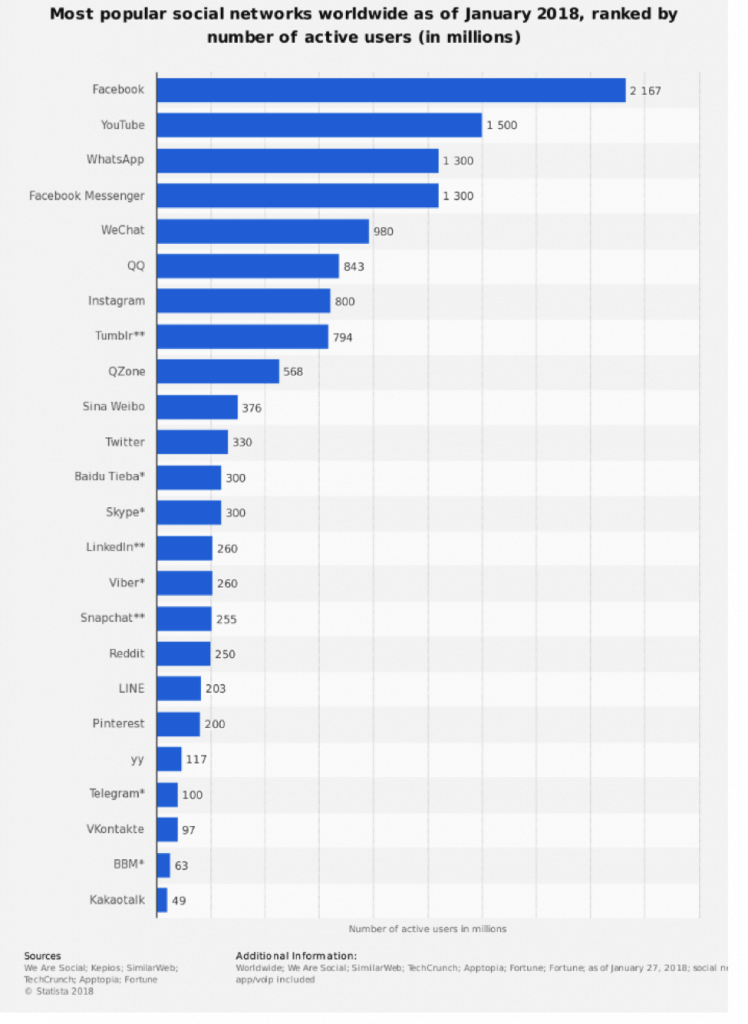 It’s a social world. The average social media user is spending about 2 hours and 15 minutes on social media per day, which is a 45 minutes’ ramp up from social media time in 2012. YouTube Users stick around the longest averaging 40 minutes per session. In fact, one in three video views (including TV) is watched via YouTube.

Marketers can use that information to decide where to advertise based on how engaged the users are—and are not bouncing around too frequently. In fact, Google (which owns) YouTube now inserts several adverts within videos lasting around 10 minutes and beyond.

Facebook users watch more than 8 billion videos each day. But YouTube easily beats that its over 1.148 trillion views each day and is the second largest search engine. SEOs will want to keep tabs with developments in YouTube SEO and social media search updates, too. Americans spend about 1 hour and 16 minutes watching YouTube video each day. Instagram Stories are twice as popular as Snapchat’s.

More than 3.2 billion images are shared on social media each day. In fact, 87% of the posts shared on Facebook have a photo—although 58% 0f 3,000 marketers surveyed in a Social Media Examiner survey vouch for original written content.

After changing its name from the original Twttr, it kicked its co-founder out. Even after signing up over 1.3 billion accounts, only 328 million are activated per month. Compare that with 270 million fake Facebook accounts. About 44% of account owners left Twitter without ever Twitting. About 391 million Twitter accounts have no followers at all.

But LinkedIn does generate the highest number of leads for businesses than any other social media network. But only about 17% of US small businesses use LinkedIn.

With retargeting marketing catching on to help marketers get back to bounced visitors, cross-platform crawlers can now follow visitors practically anywhere on the web.

Weekends are big on social media posting and sharing. For example, Thursdays and Fridays are particularly engaging times to post text, images, and videos on Facebook—increases engagement by 18%, according to Buffer. Instagram, Twitter, and YouTube users are most active at 11-1 pm and 7-9pm. According to HubSpot’s Dan Zarrella, send consumer-based marketing emails at 6-10 am and 7-10pm when such emails get opened. Send property-related emails at 3-5pm, as well as B2B and holiday promotions at 5-7pm.

Were it not for that 2007 screw up on Yahoo!’s part, Mark Zuckerberg was excited by the idea of selling the then-upcoming social media platform for $1 billion. But when the price plummeted to $850 million, Mark decided to keep it and look at what happened. Facebook is the most endowed of the two and likely to acquire the other.

Social media is a phenomenon never experienced before. The 11 statistics and fun facts discussed here demonstrate just how much is going on in the now trillion-dollar industry. Are taking advantage of the trend?